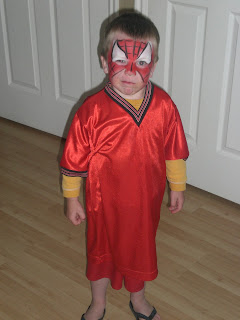 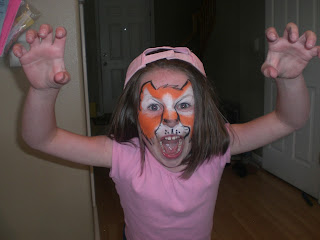 ﻿I squeaked out a crafty project last Friday that I thought I would share.  Remember this simple white lamp that sits on top of this awesome end table?  Well, I dressed it up, just a tad to make it a little less simple. 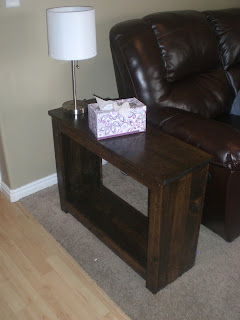 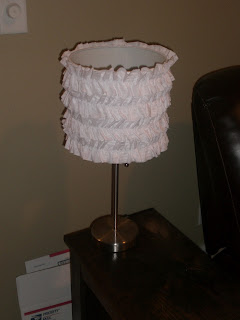 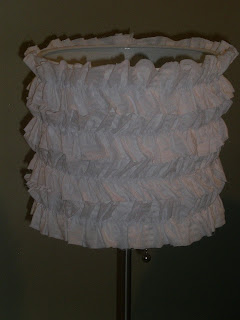 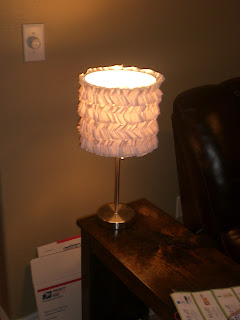 Here's its twin that sits on top of this awesome computer table: 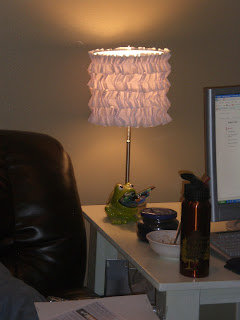 I got the idea from this website.  I chose to use white fabric because we use these lamps every night, so I didn't want the fabric to dim any of the light coming from the lamps.  I chose fabric that already had some waffly-type texture to help add to the texture of the ruffles.  I got it super cheap at Walmart.  I think it was about $3 a yard.  I only needed one yard, and it was something like 58 inches wide.  PERFECT! 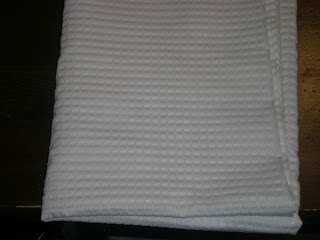 ﻿
I'm happy with how they turned out.  When I look at them, I do think, "Wow, those are frilly lamps."  Frilly isn't really my style at all, but I like them anyway.  I tend toward things that are plain and sometimes more masculine, so I wanted something a little frilly to help balance things out in the living room.  This room is far from finished, but I have lots of plans, most of which involve things that are square.  So these lamps I think help mix things up a bit.  I'm sure I'm way over thinking my whole plan for the living room, but I can't help it.  I watch too much HGTV to under think my design plan!
Posted by Becca Bell at 9:11 PM 2 comments:

Noah's turn in the spotlight.

Our neighborhood ﻿does a little soccer season for kids who are typically too young to play in a regular league.  I thought I would sign Noah up since he just finished watching his big brother and sister have so much fun playing.  He started a few weeks ago.  He's only gone twice so far, but he loves it.  He got a real soccer shirt.  Combined with a pair of Eli's old shorts, socks, and shin guards, he's ready for action. 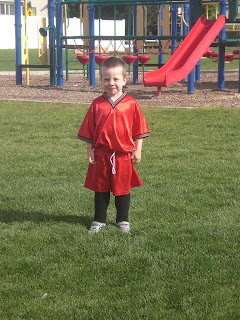 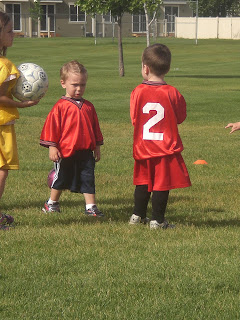 Look at the focus!  The first game, he ran around a bunch and was totally focused on the ball, he just never really tried to kick it.  He didn't quite get that in soccer, it's okay to take the ball away from other kids.  He just enjoyed watching the other kids kick it and politely waited his turn. 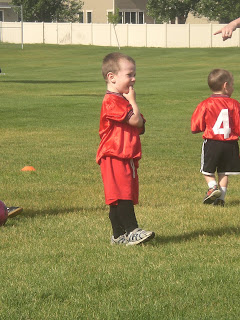 Fortunately, it ended well.  He got his juice box and fruit snacks, the best part of the entire game. 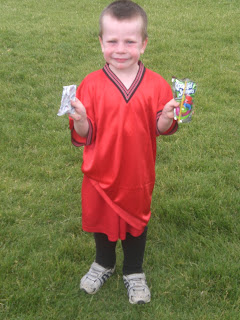 He had a great time and loved playing.  It had a really positive effect on his work ethic too.  When we got home, we started doing our Saturday chores.  Noah said to me, "Mommy, soccer players do their chores."  I heartily agreed and he finished faster than usual.
Posted by Becca Bell at 8:54 PM 2 comments: 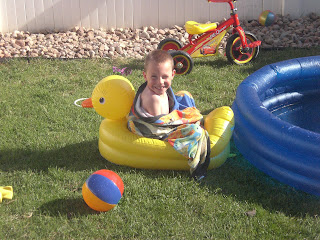