A few weeks ago, on September 27th, Leah was baptized and confirmed a member of The Church of Jesus Christ of Latter-Day Saints.  We were blessed to have lots of family members there to support Leah and show their love for her.  Unfortunately, not everyone that loves Leah could be there.  For those people, I'm going to post a bunch of pictures from that day so, hopefully, they can get a taste of the happy feeling we had. 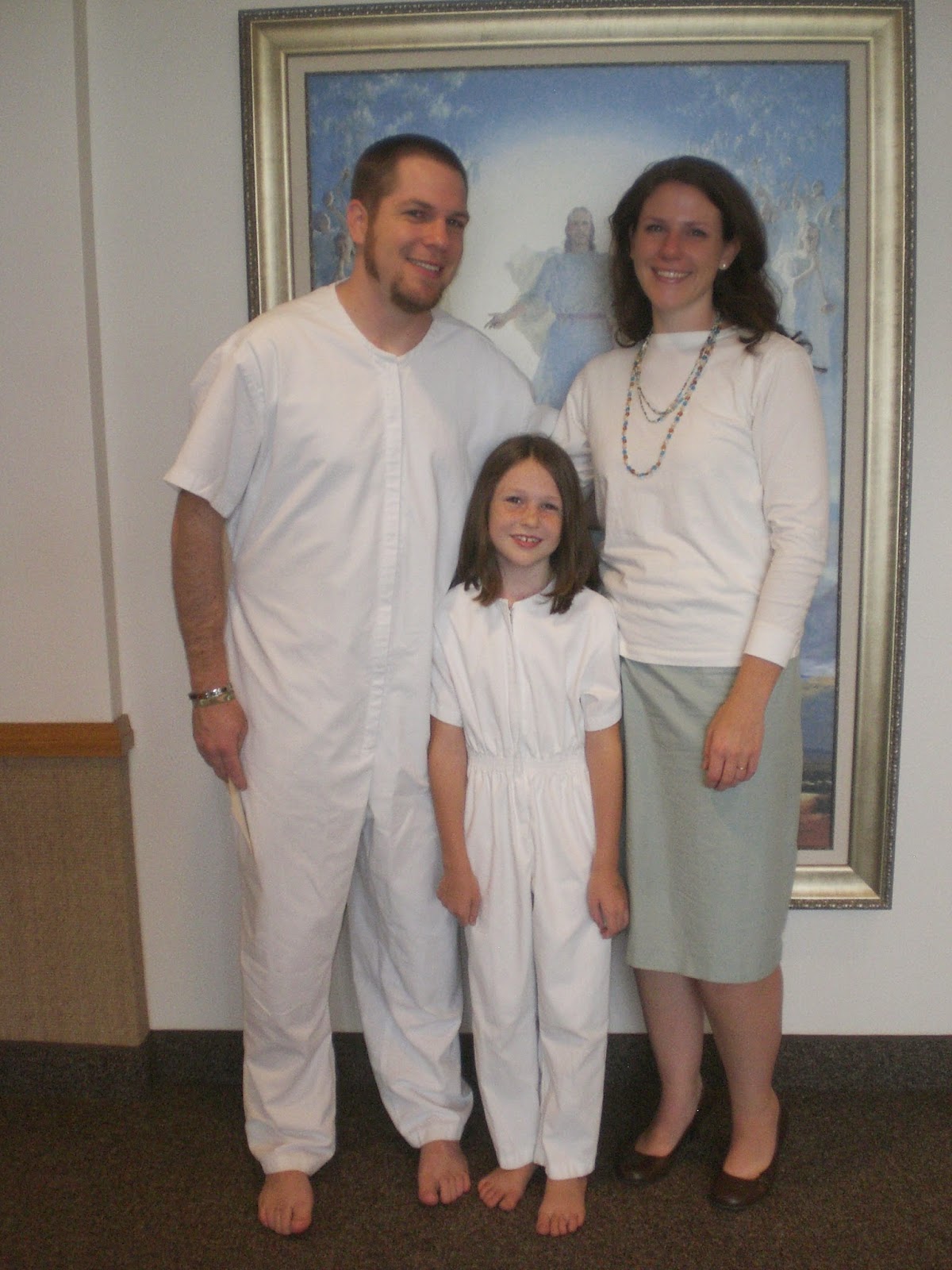 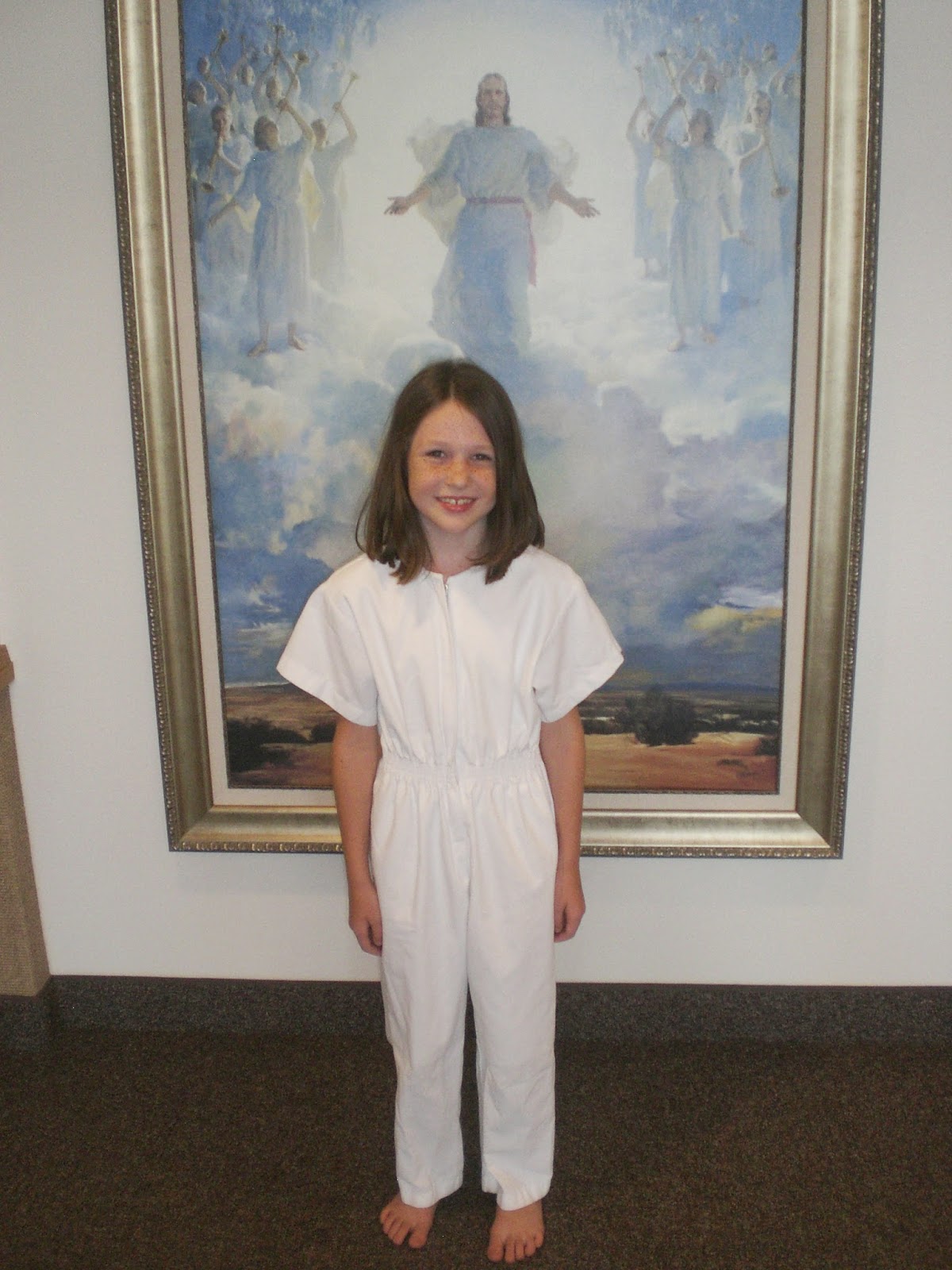 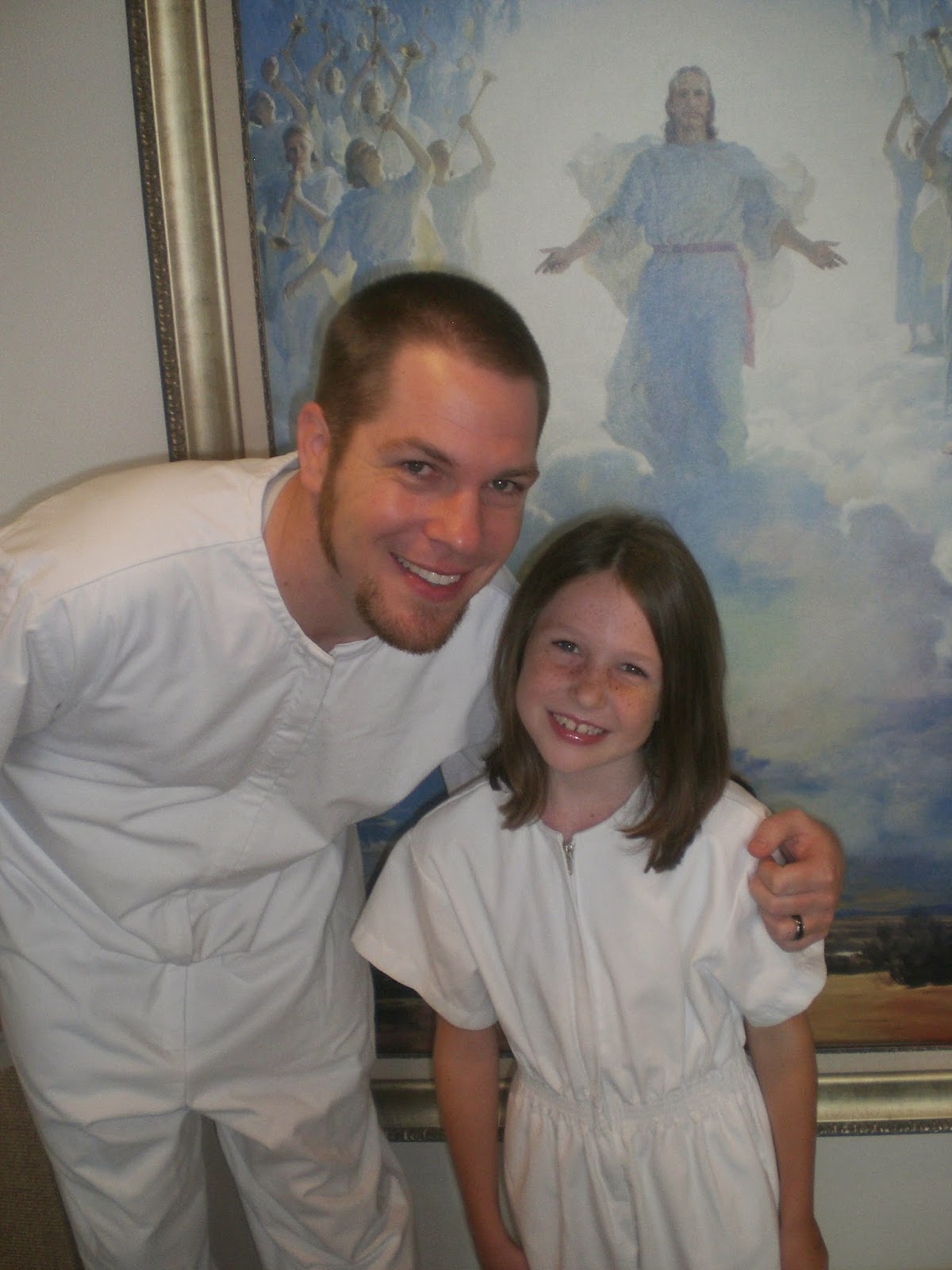 This is the best picture I could get of all the cousins that were present.  9 out of 10 facing the camera is pretty good. 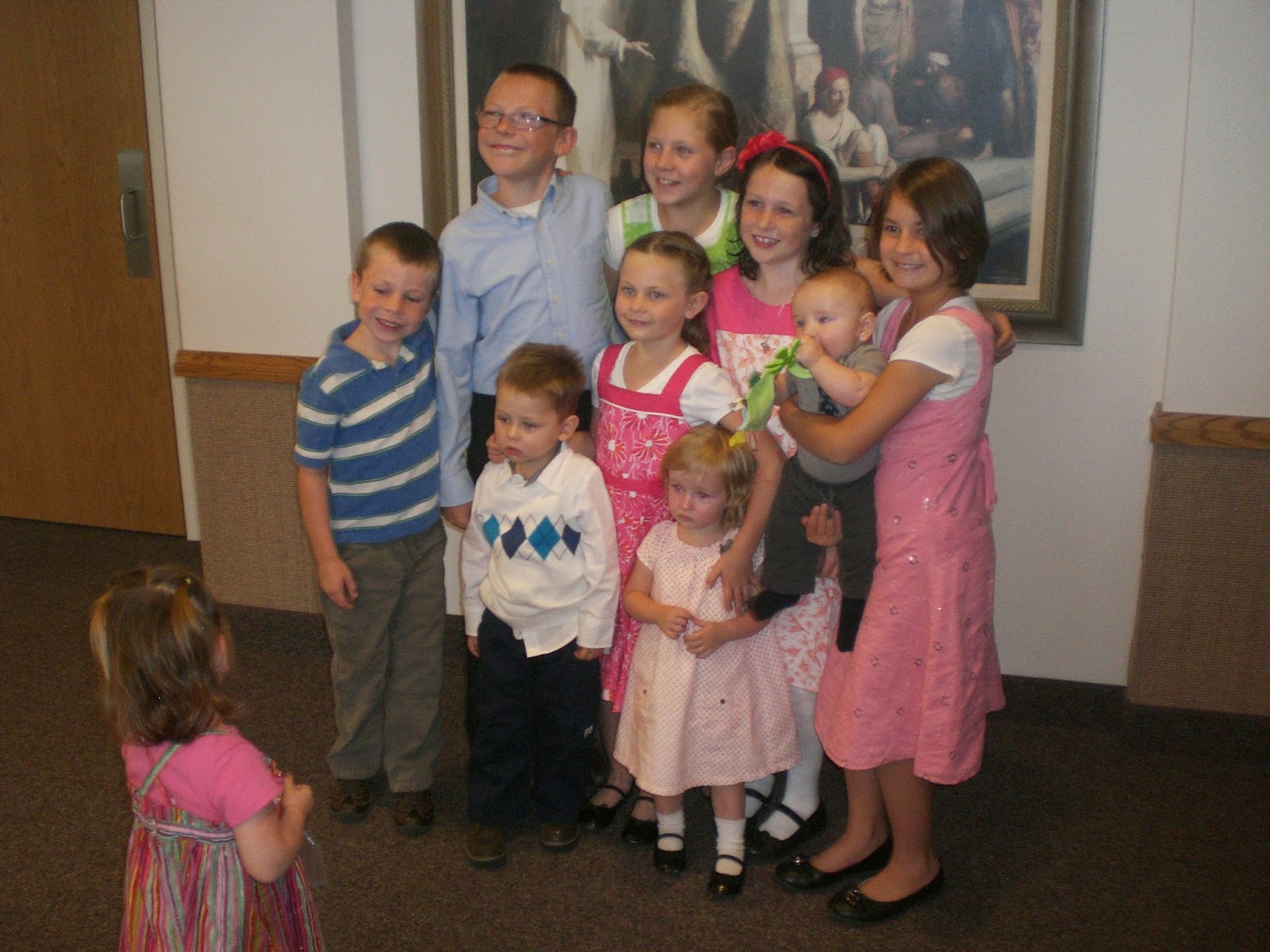 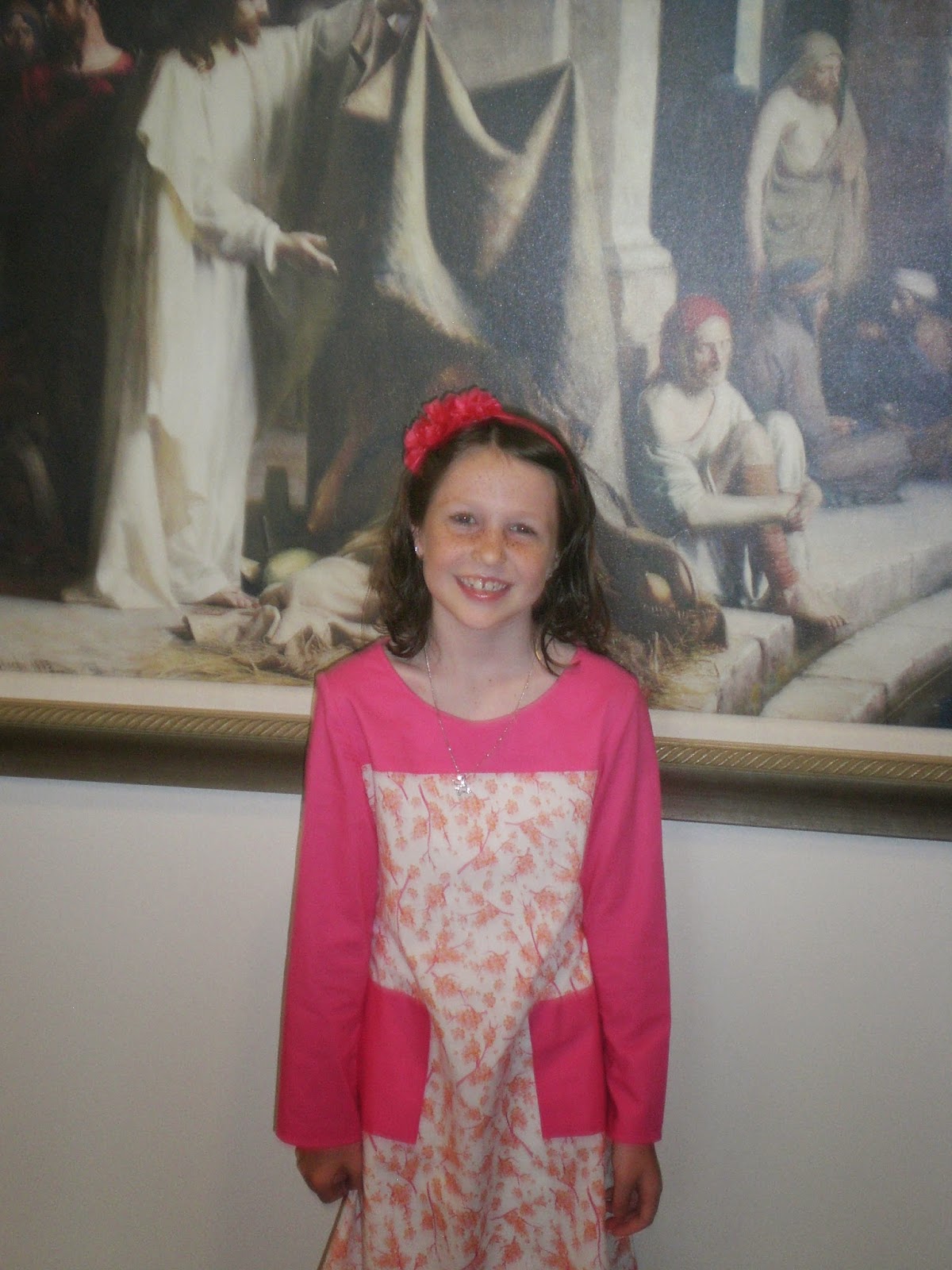 These are all the baptized cousins.  Aren't their faces so beautiful? 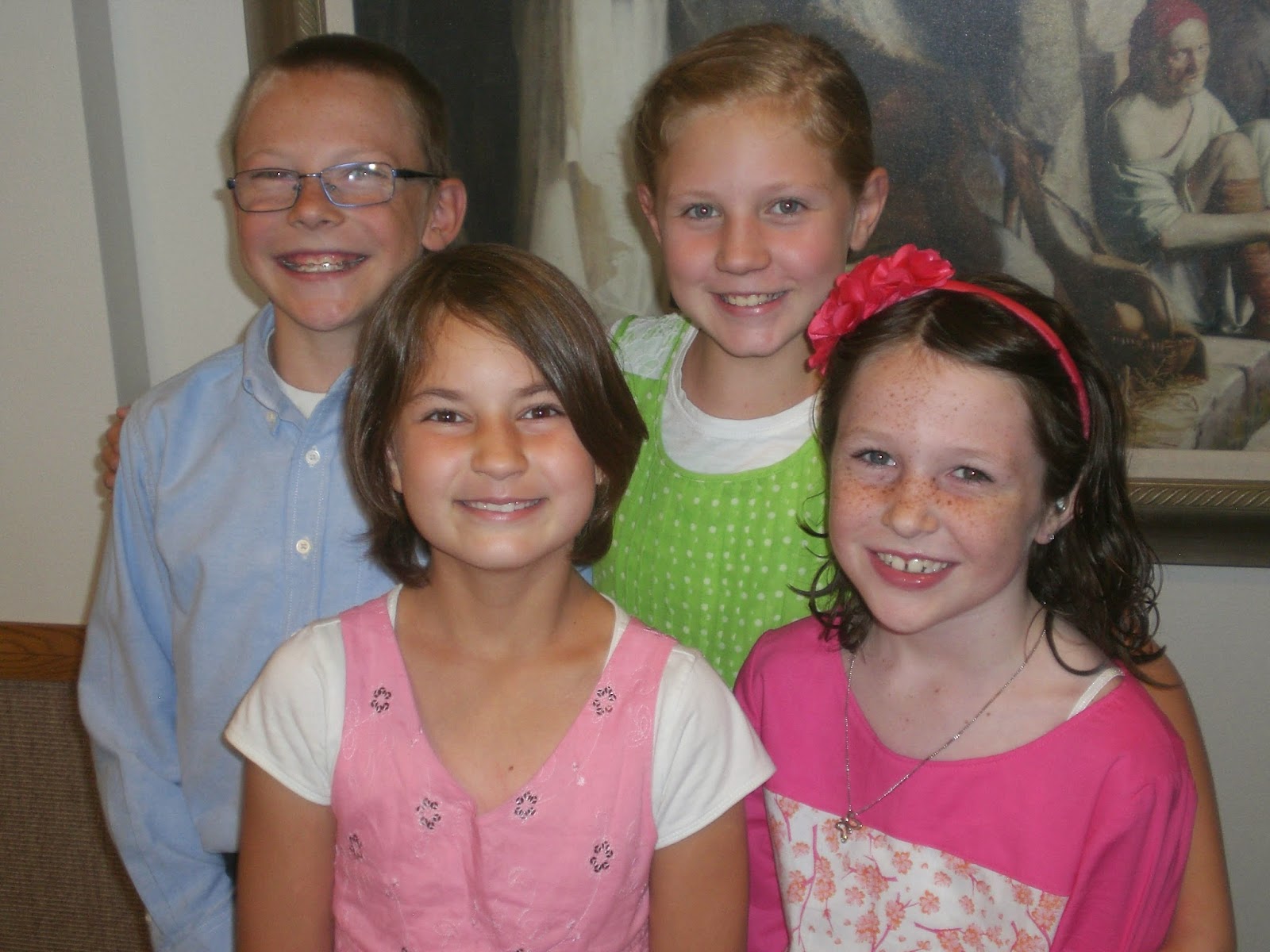 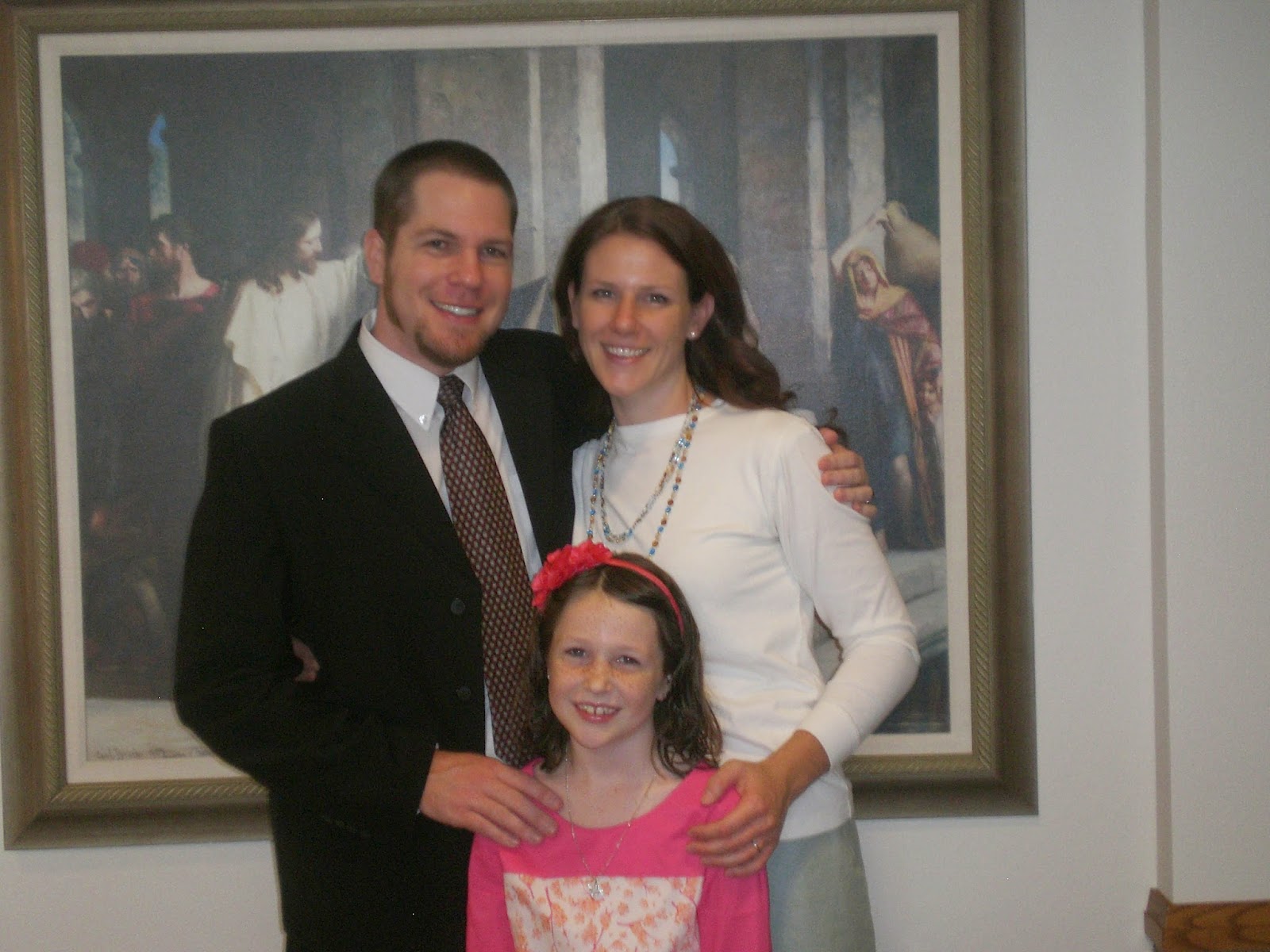 I had to include some pictures of the food, just because. 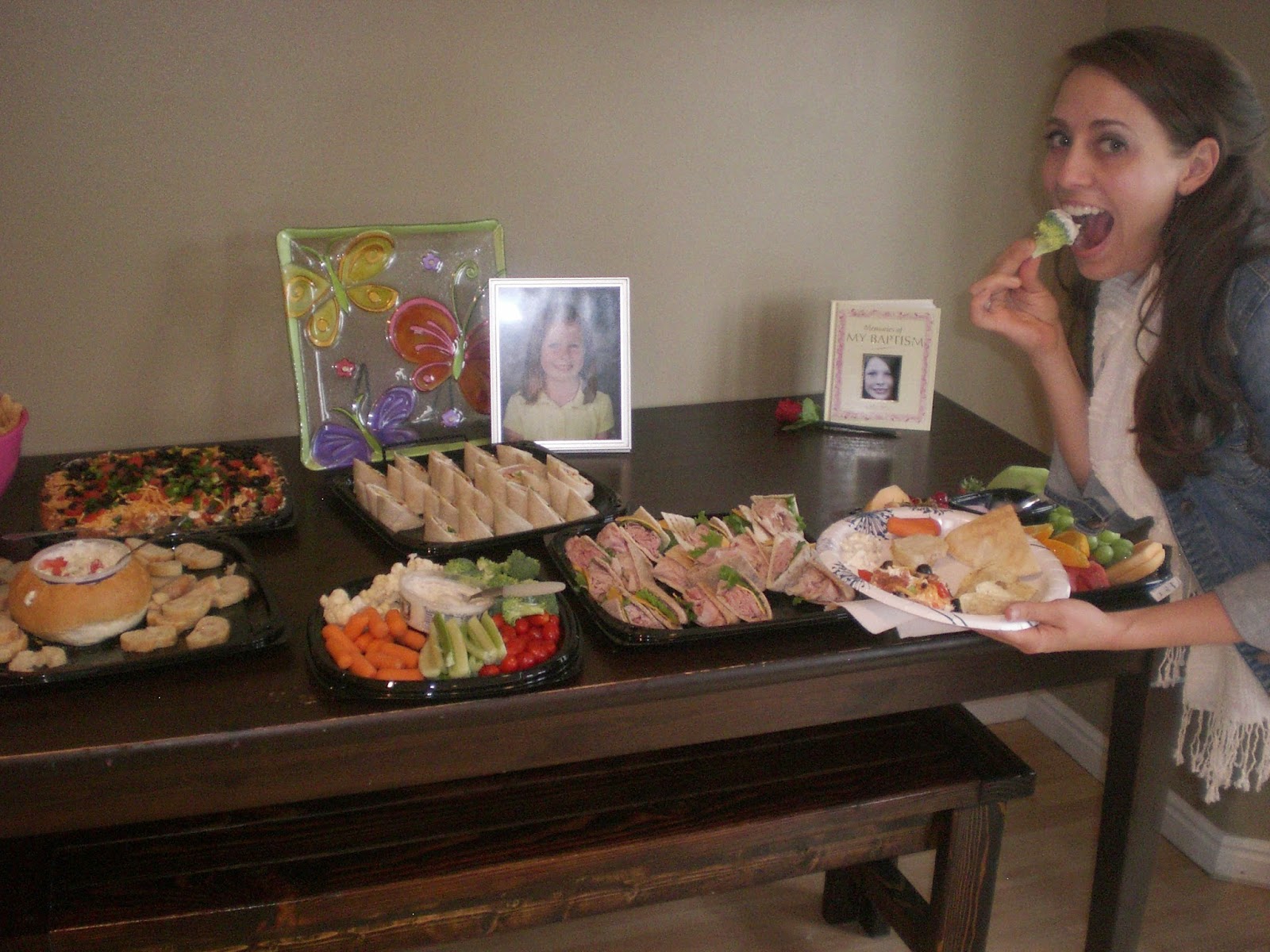 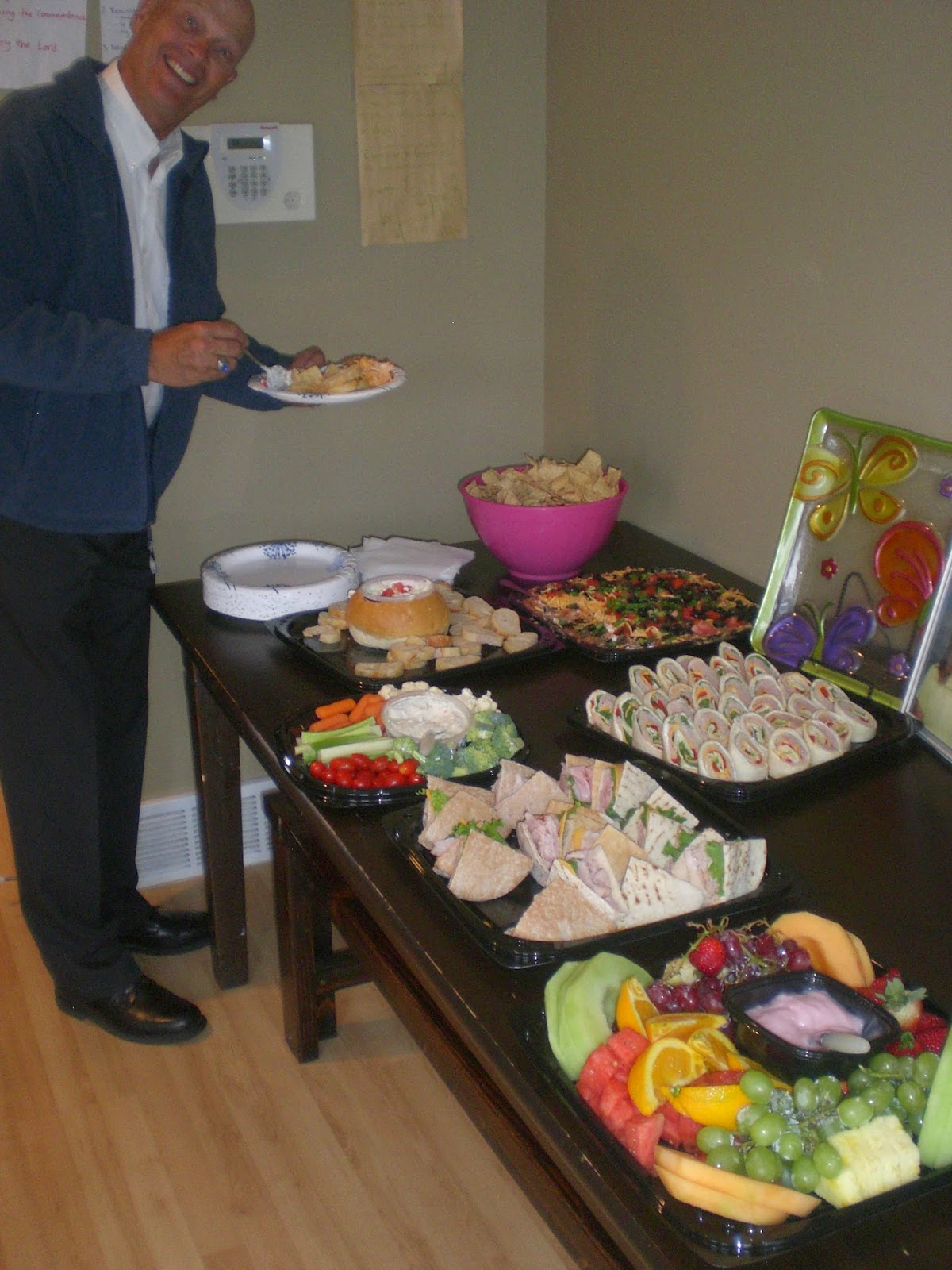 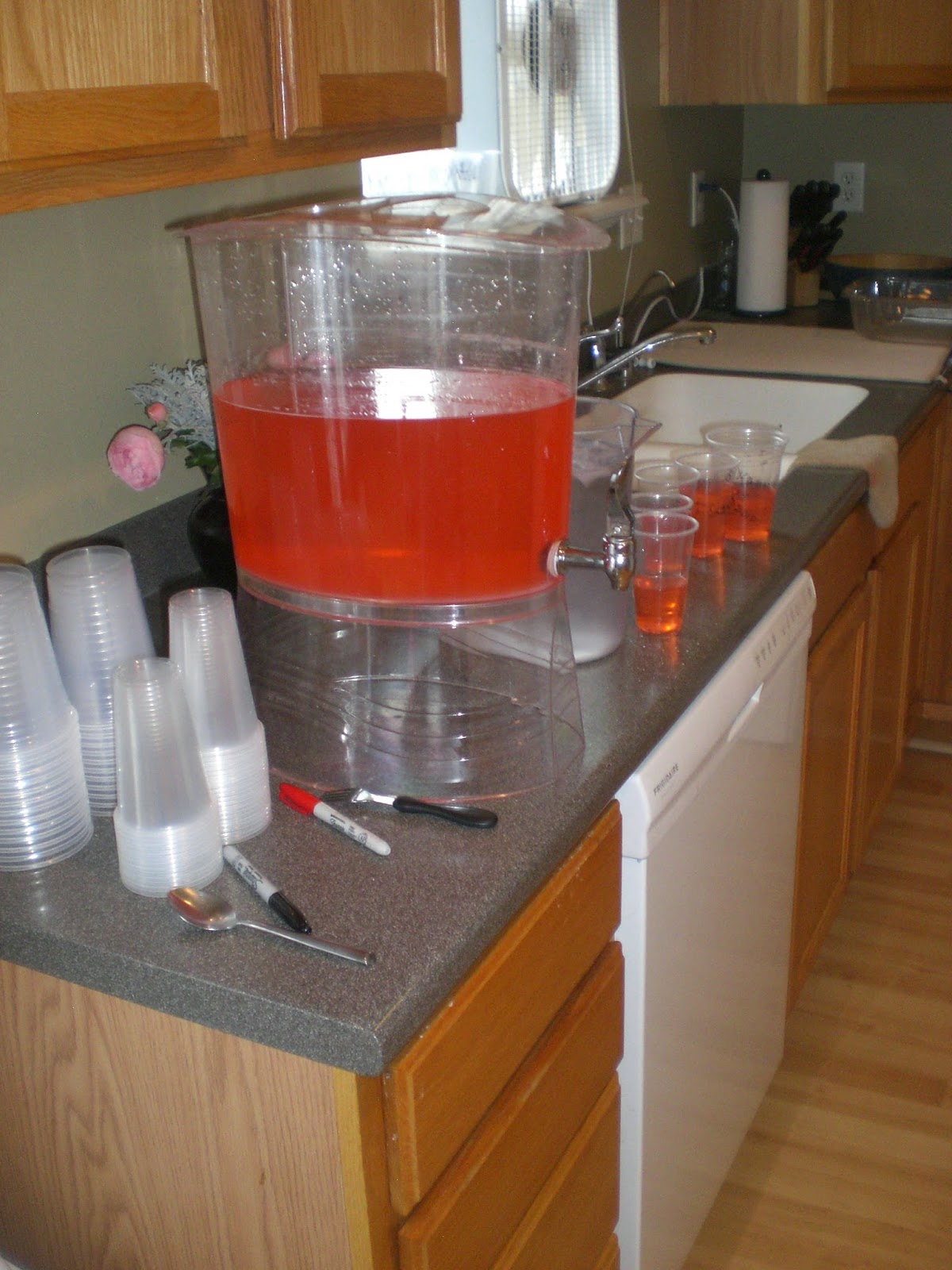 Unfortunately, most of the pictures of the people who were there were out of focus.  Fortunately, we all enjoyed the day.  I felt the Spirit all day long.  I just felt happy.
Posted by Becca Bell at 12:54 PM No comments:

We can take care of all your funeral needs!

A few weeks ago, we learned about how the pharaohs of ancient Egypt were buried.  You already saw how we experimented with making mummies.  Fortunately, the burial process doesn't end there.  And it doesn't begin there either.

It actually begins with canopic jars.  When a pharaoh died, the priests would remove certain organs and place them in special jars.  There were four jars, each one for a specific organ.  Since we already had the mummies, we thought we would do the entire process correctly and make the canopic jars to go along with the mummies.  Here they are: 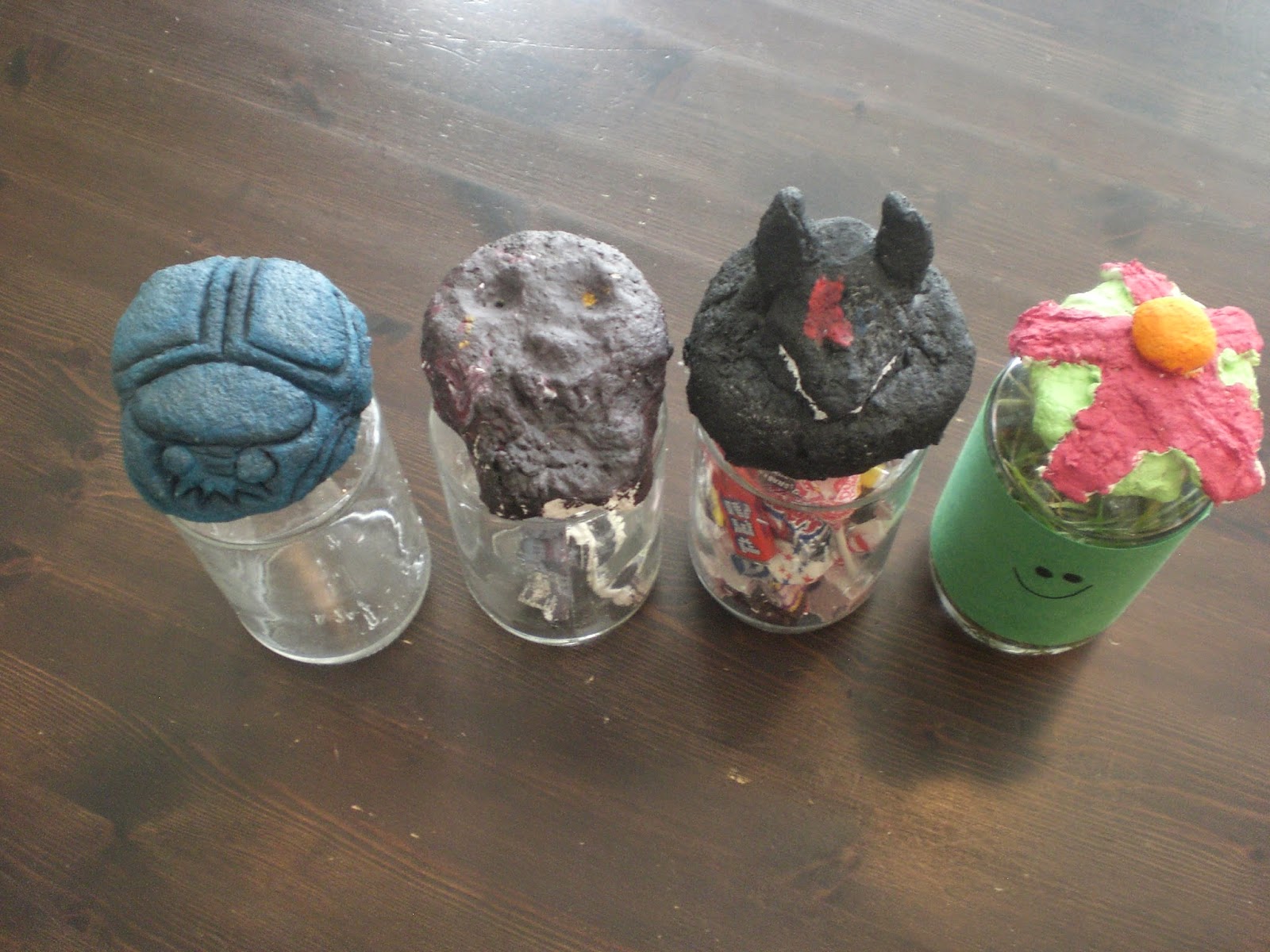 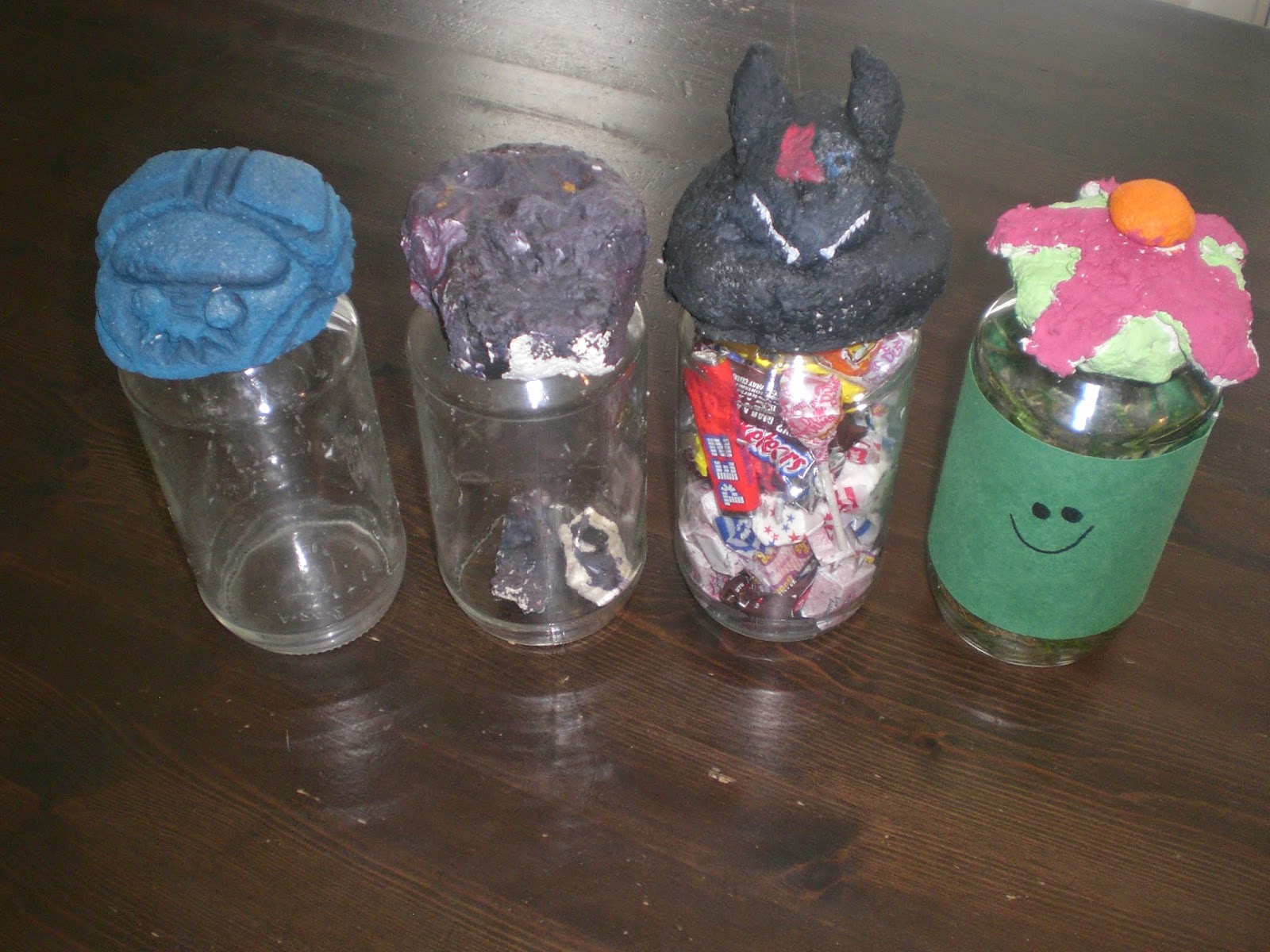 Traditionally, there four distinct figures on the jars: a man, a monkey, a hawk, and a jackal.  We didn't want to have conventional jars; we wanted ours to be special.  From left to right: Mine is a scarab.  There is no way I cannot participate in such a fun craft.  Noah's is a skull.  He also made some intestine to put inside his jar.  (Gotta love historical accuracy!)  Eli's is a jackal, the only one that is an accurate figure. He uses it to store candy which is an incorrect use and kind of gross if you think about it too long.  And Leah's is a pretty flower.  She uses it to store grass and a special something else that she won't tell me about.

After the mummies are all taken care of, they are placed in a pyramid with all sorts of valuables.  We practiced making our own pyramids using sugar cubes.  We had to work quickly so all the building materials weren't eaten before construction was complete.  Afterward, we had recess to work off all the extra energy we got from the craft. 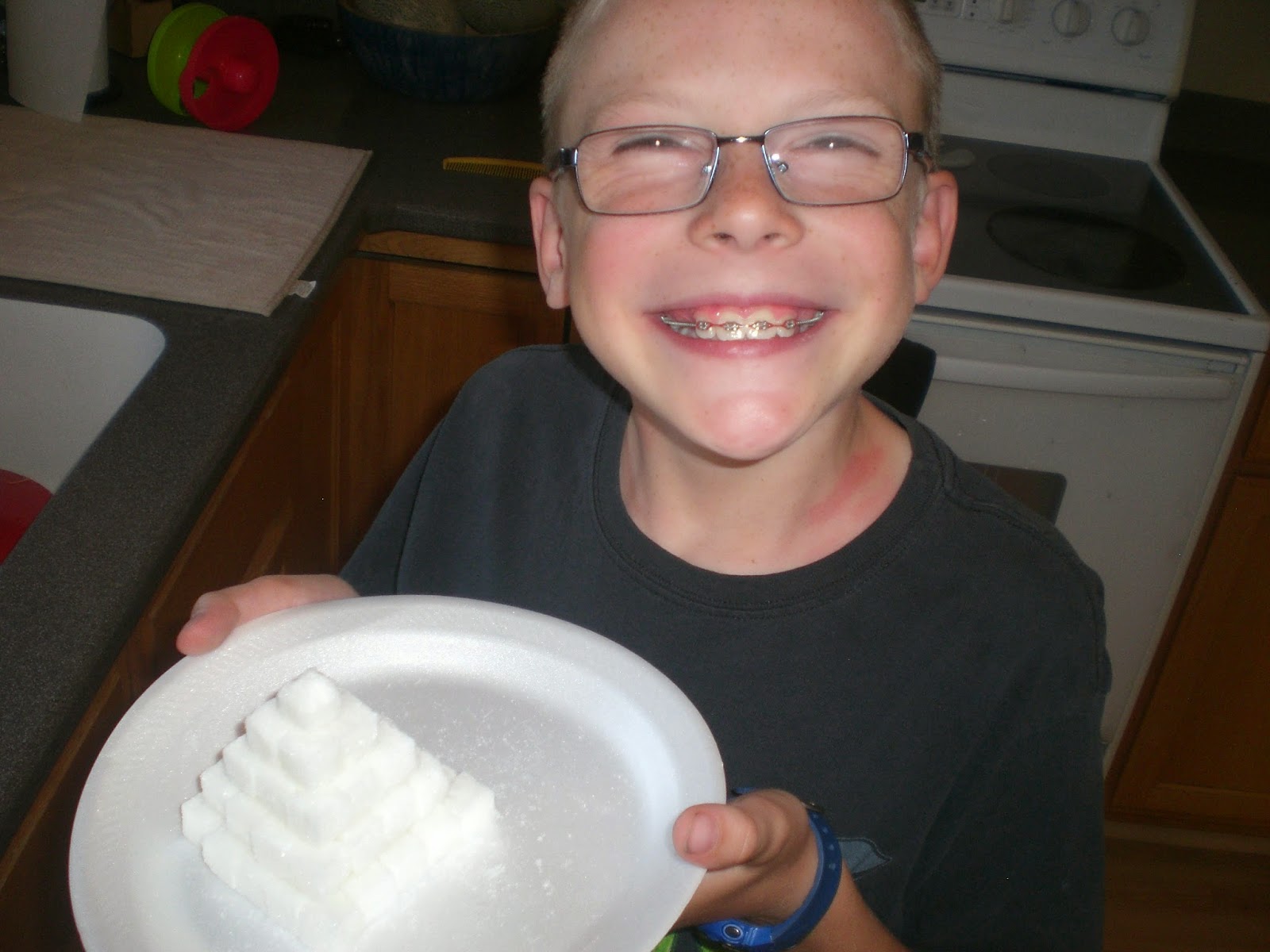 So if you've reached that certain stage in life and are thinking about your final arrangements, give us a call!  We can help you make your journey into the afterlife with nothing more than some jars, a bit of paper mache, and lots of sugar cubes.
Posted by Becca Bell at 12:35 PM No comments:
Newer Posts Older Posts Home
Subscribe to: Posts (Atom)